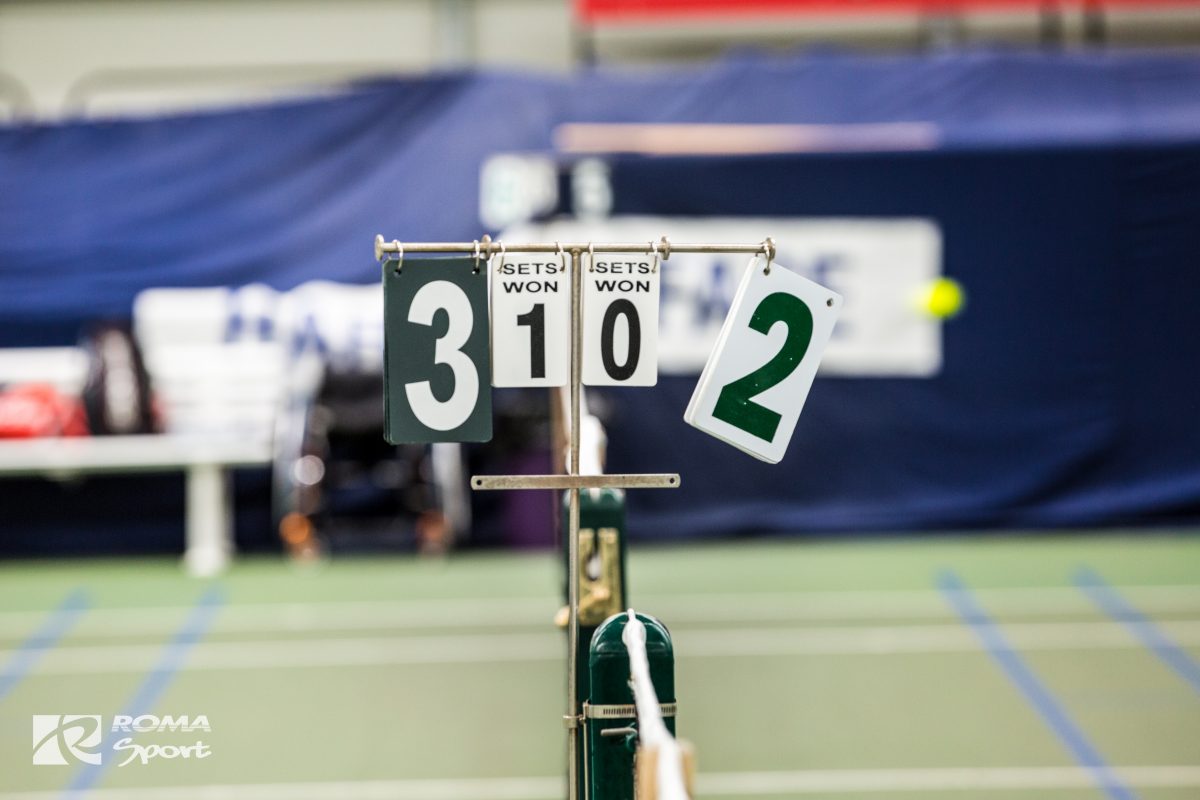 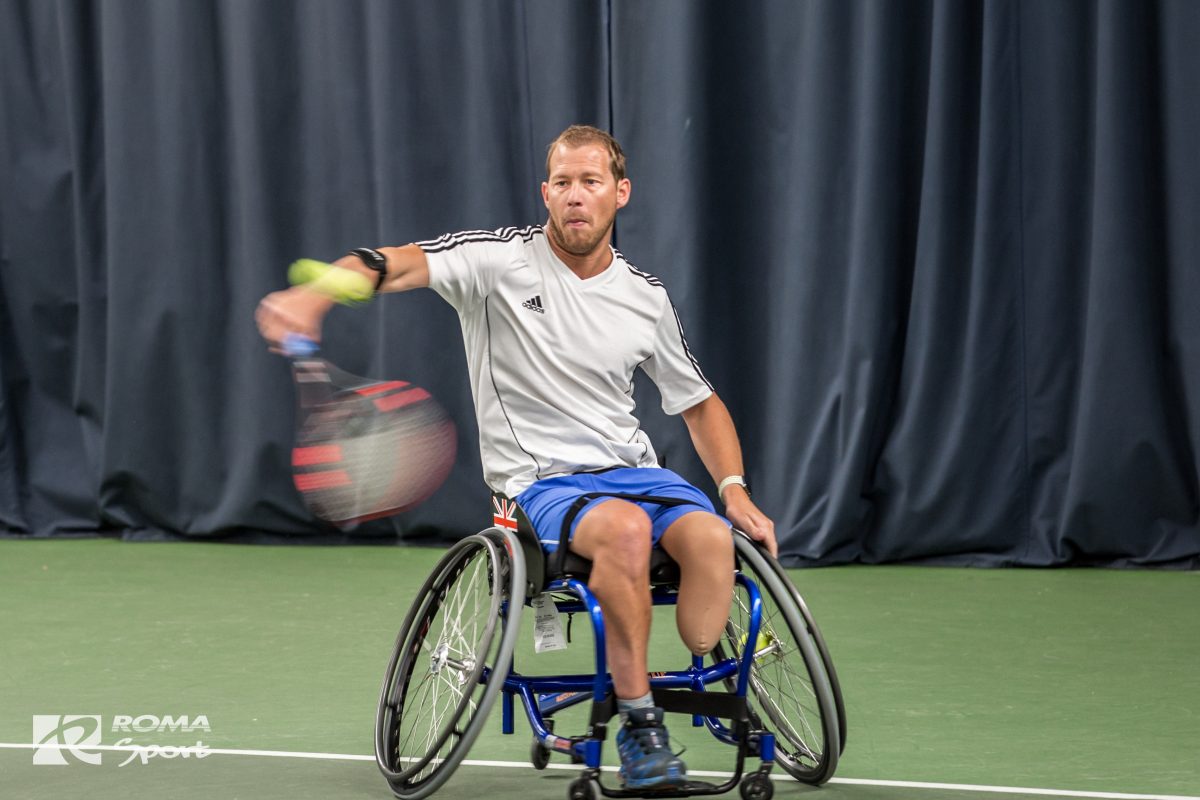 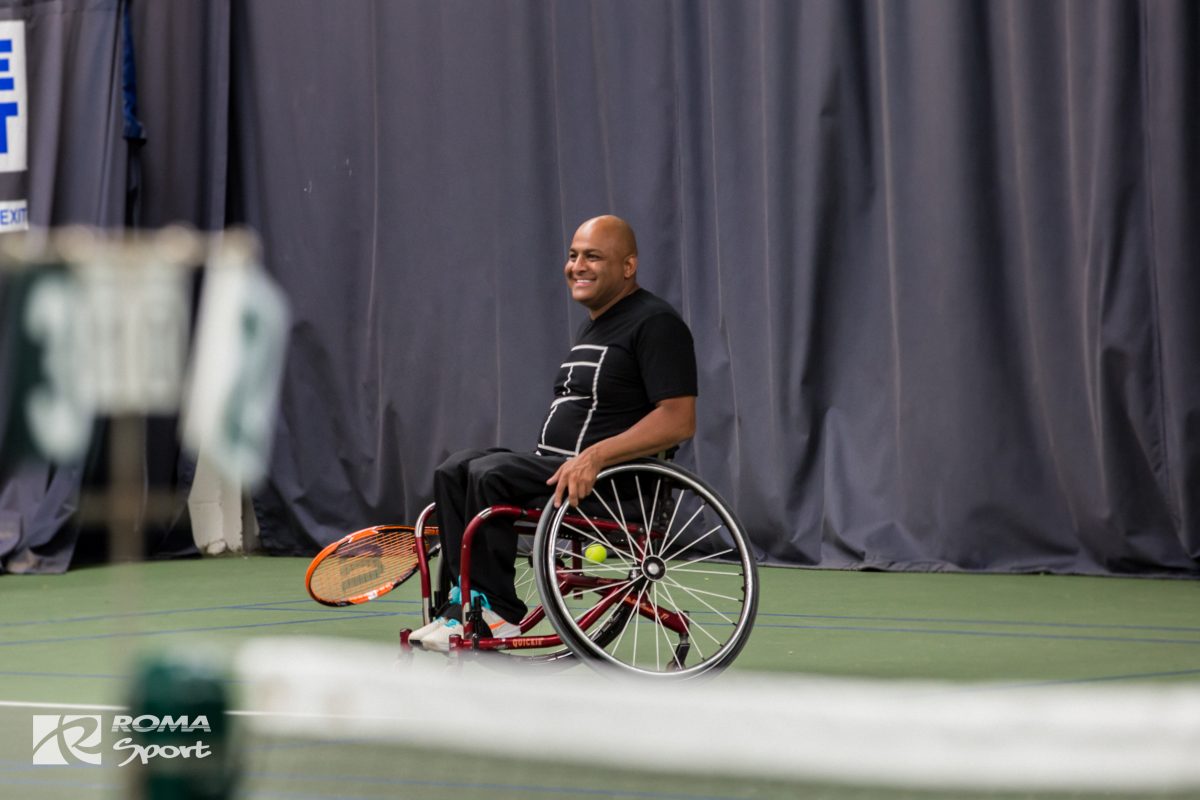 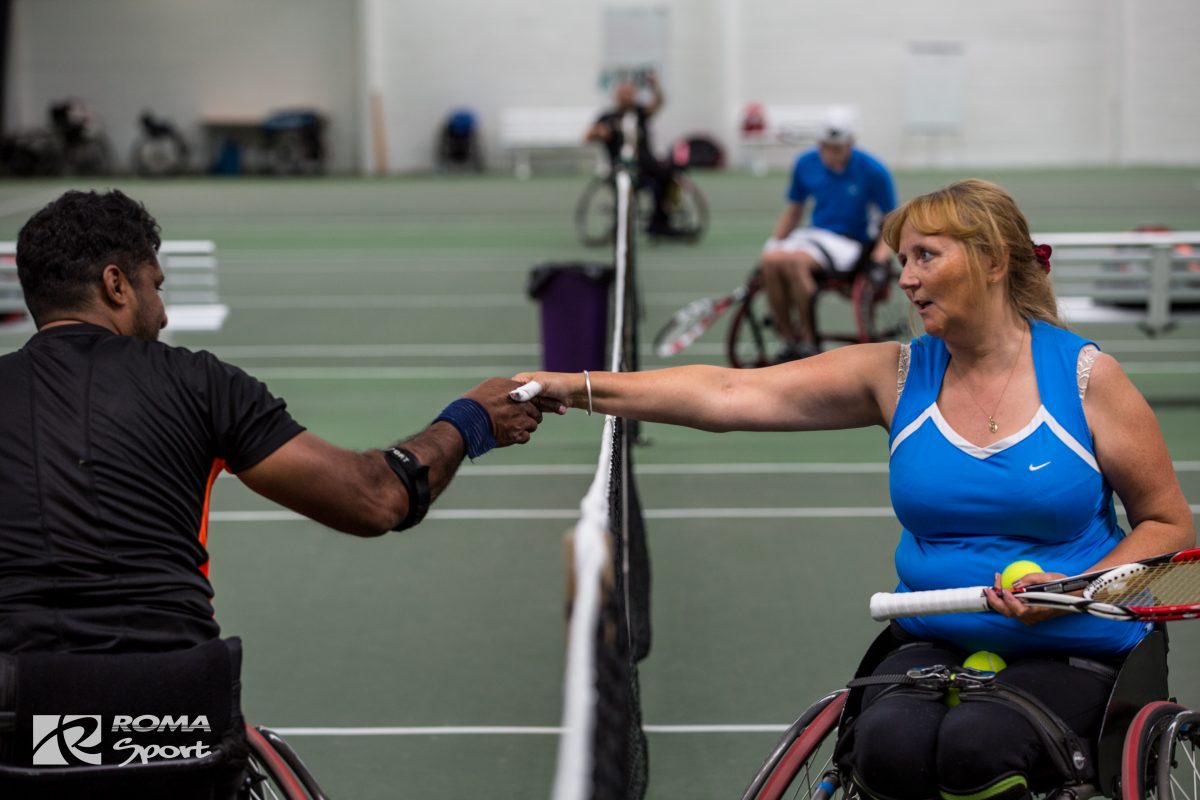 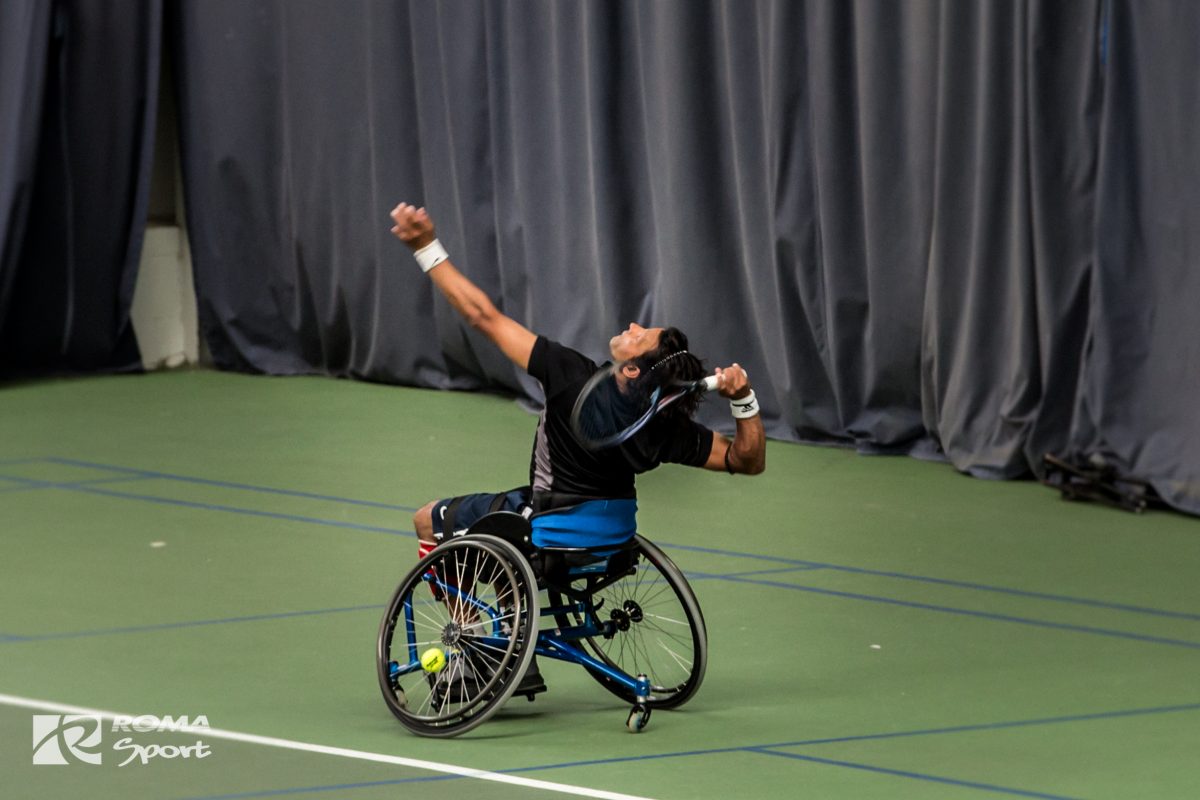 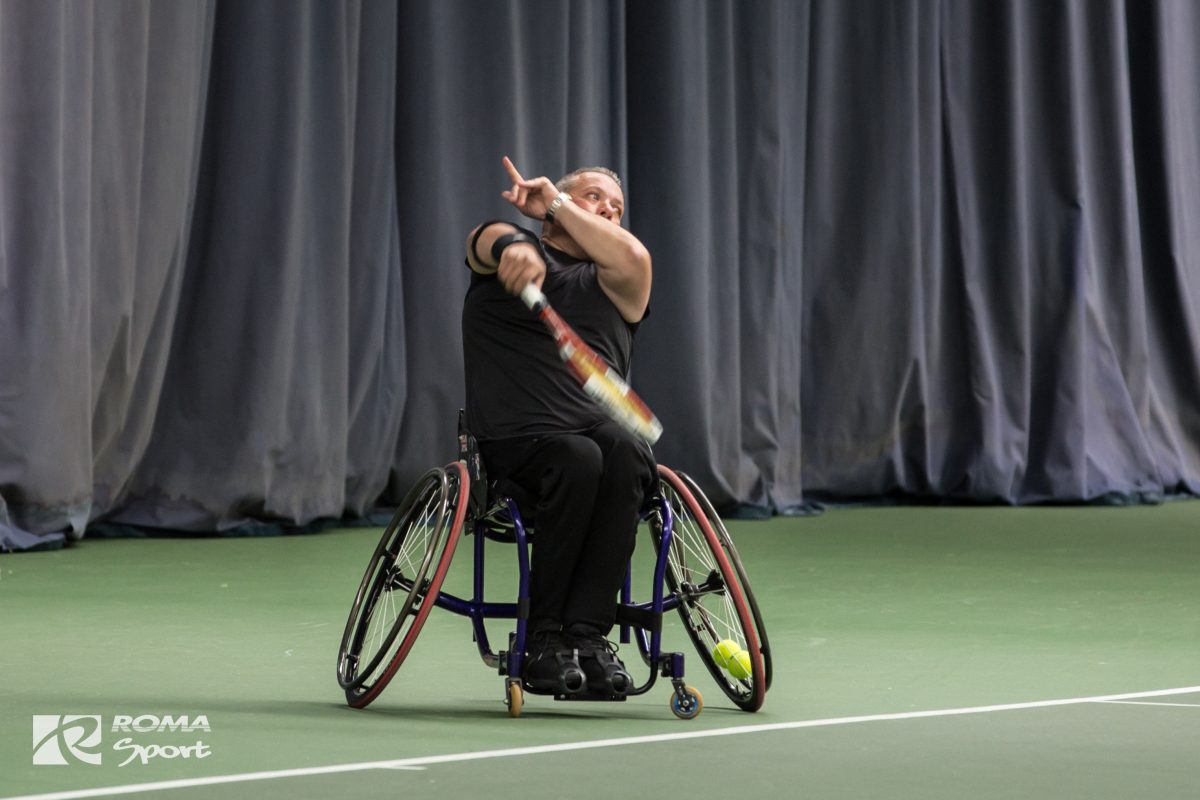 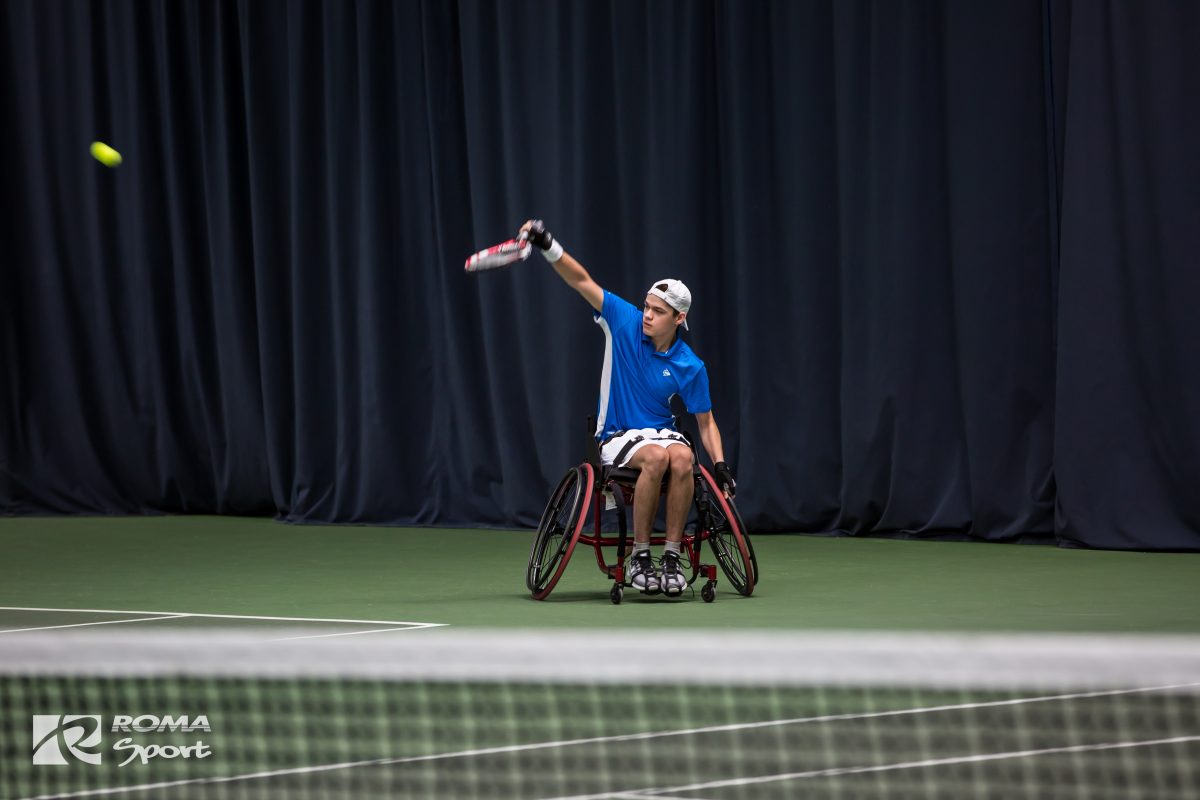 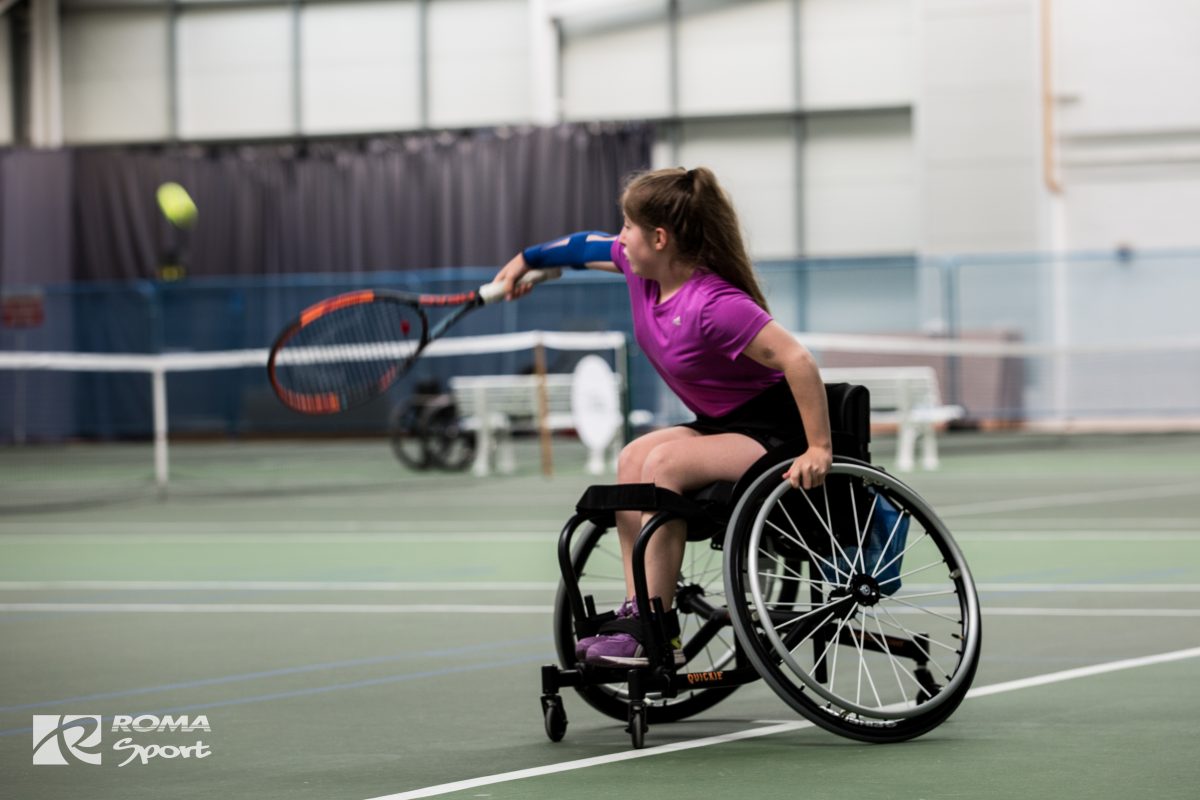 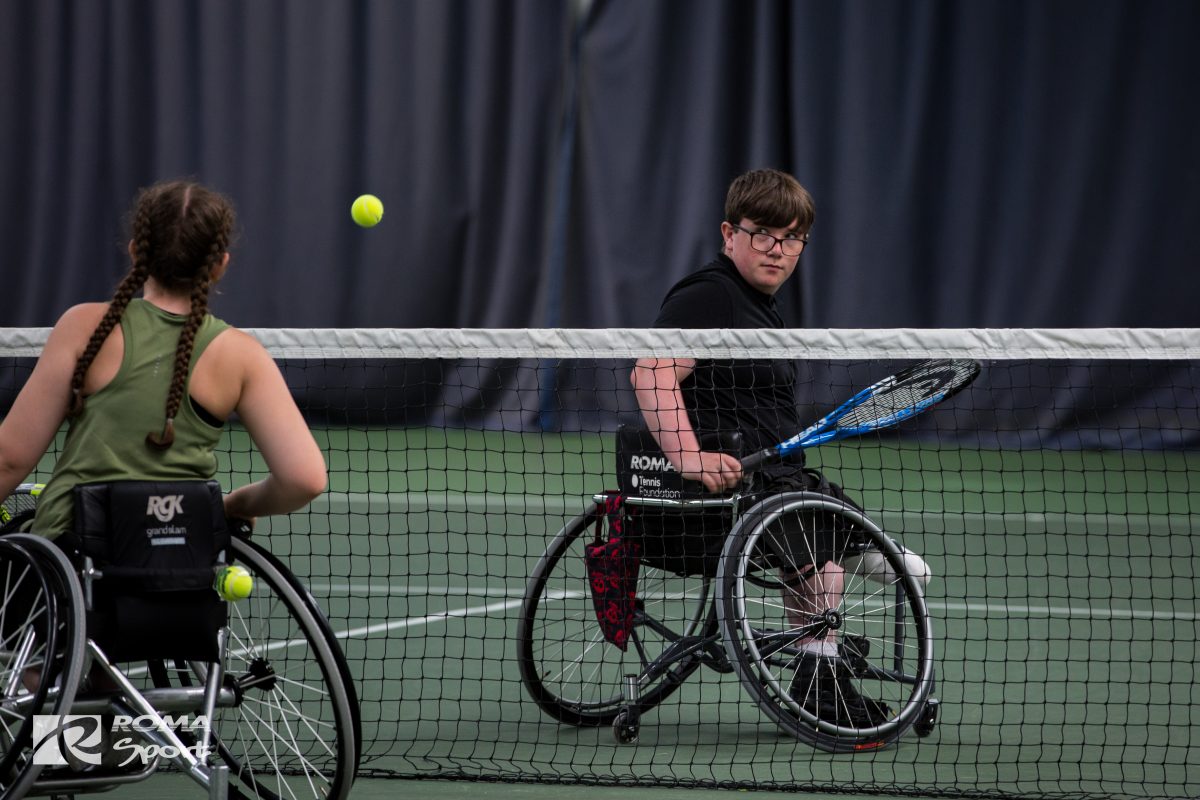 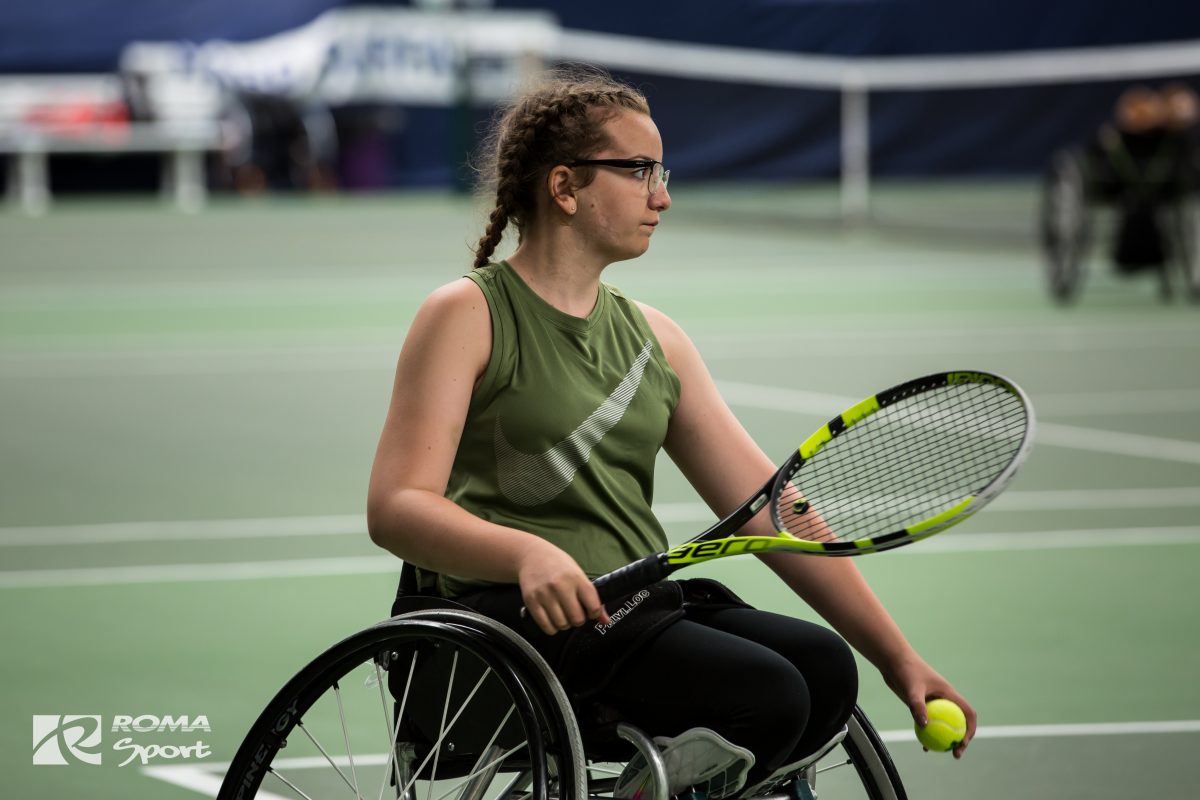 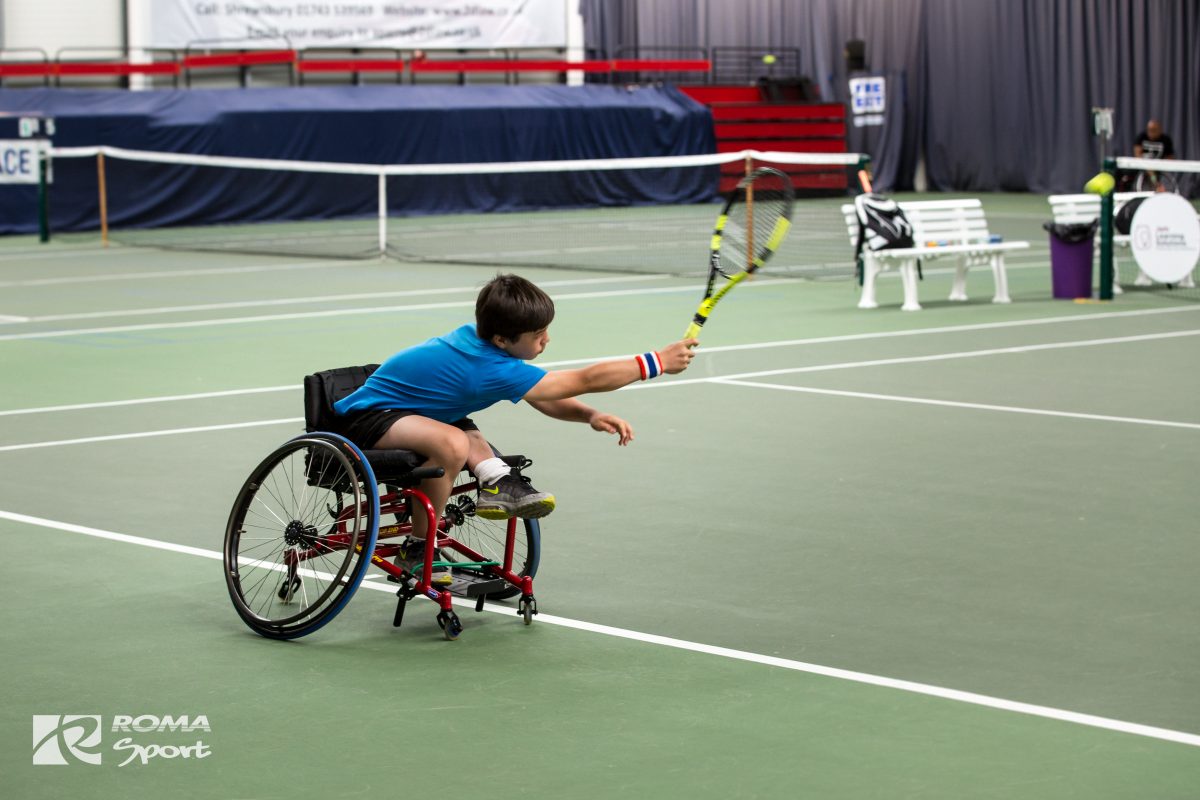 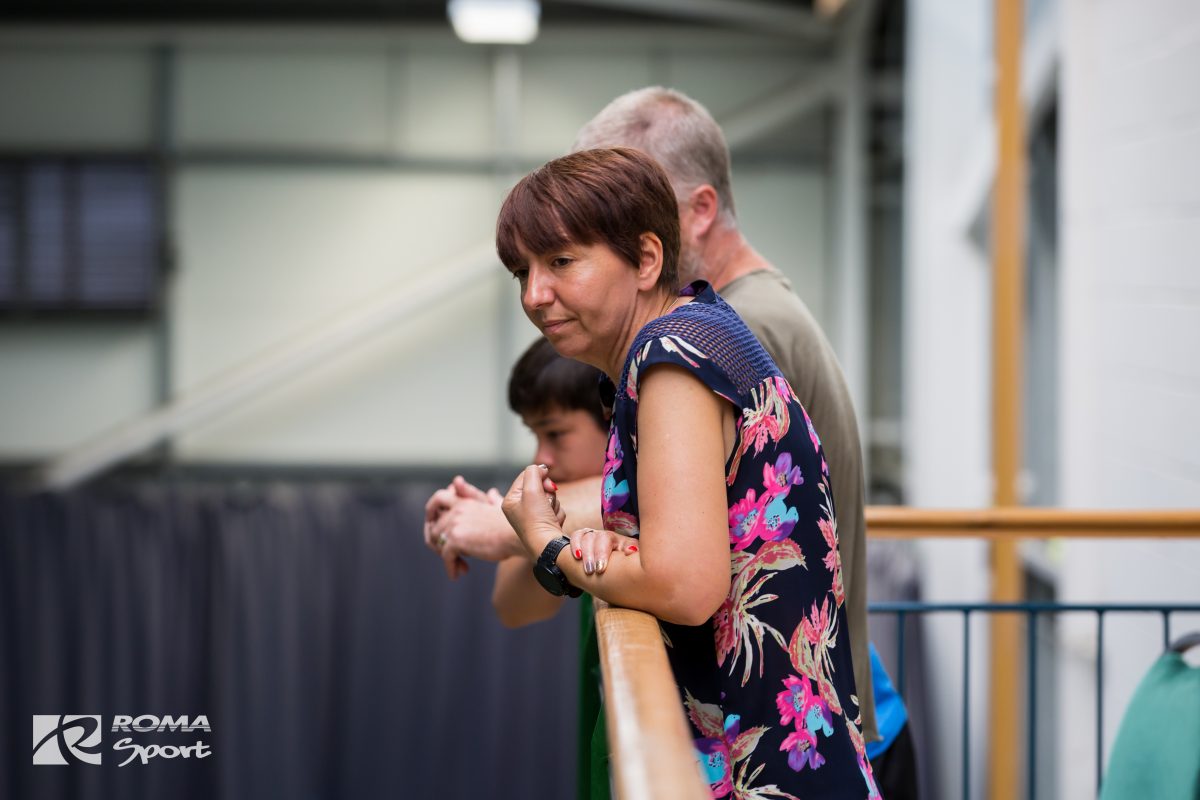 The Shrewsbury Club hosted a fun-filled competitive weekend of wheelchair tennis for players of all ages and abilities. It was the seventh round of the RMA Sport National Wheelchair Tennis Series, supported by the Tennis Foundation. The popular tournament attracted a record entry of more than 40 players from all over the United Kingdom, many of which will return to The Shrewsbury Club for the Series’ Finals in December. 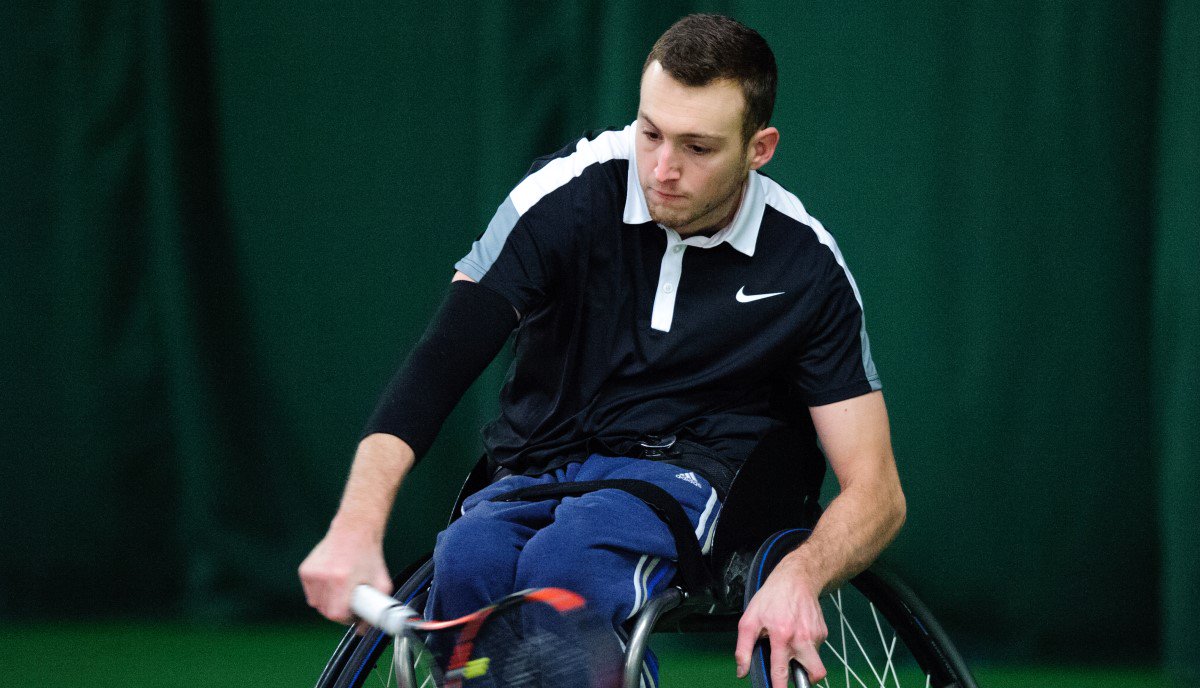 Scott Smith made it a hat-trick of men’s singles titles over the weekend at Shrewsbury Wheelchair Tennis Tournament, the latest event in the RMA Sport National Wheelchair Tennis Series, while once again partnering John Lambert to win the men’s doubles.

Glen Gent began his bid for a second National Series title of 2017 with a 6-4, 6-7(4), (10-8) victory over Invictus Games medallist Alex Krol in the men’s singles, but Gent’s challenge came to an end against Smith, who reached the final for the loss of just five games. Meanwhile, with Asif Abbasi having come through a tough opening match against Mehboob Hussain, Abbasi’s bid for his third straight RMA Sport National Series title ended against Smith, who took the final 6-1, 6-2.

Having beaten Lambert in his opening men’s singles matches, Smith partnered Lambert to retain the men’s doubles title following a comfortable 6-0, 6-1 win over Alex Drake and Krol in the final.

Caroline MacDonald and Val Fisher set up an all-women’s semi-final in the second draw singles, MacDonald prevailing 4-1, 4-1 to make the final. The other second draw singles semi-final was an all-male contest as Mark Fowler earned a confident win over James Brady. But with MacDonald and Fowler having booked their places in the final with successive straight sets wins, the title decider was not so straightforward and MacDonald eventually took the victory after a match tie-break, winning 4-0 2-4 (12-10) in a thrilling finale.

MacDonald and Fisher bowed out of the second draw doubles after another match tie-break in their first round match against David Cabrera and Craig Nicholson. Despite going on to reach the final of the event, Cabrera and Nicholson eventually bowed to the greater experience of Fowler and Keith Whiley, who gained a 4-2, 5-4(3) victory.

Tabitha Fung emerged victorious in the novice singles after remaining unbeaten in her four matches over two days of round-robin competition against Nick King and Nicolette Erevik.

Eight young players lined up for the junior singles, which began with an exciting conclusion to first round contest between Diarmuid Murphy and Megan Bradley. Bradley progressed in straight sets after two tie-breaks, earning a victory that meant that it was girls against boys in both semi-finals.

Ultimately, Dahnon Ward won his semi-final against Bradley 4-2, 4-0, while Alex Chaston built on winning a first set tie-break against Abbie Breakwell to take their semi-final 5-4(4), 4-0. But the junior singles title was to be decided in a match tie-break and it was Chaston, who made his World Team Cup debut for Great Britain earlier this year, who took the major honours after prevailing 4-2, 0-4, (12-10).

There was another deciding match tie-break in the junior doubles final and this time Ward came out on top as he partnered Zak Corbishley to edge out Bradley and Breakwell 4-2, 3-5, (11-9) in another exciting contest.

The next RMA Sport National Wheelchair Tennis Series tournament is at Lee Valley Hockey and Tennis Centre on 2-3 September, with the National Championships and National Series Finals seeing the sport make a return to The Shrewsbury Club in December.

“Having the juniors involved for the first time was a very welcome addition and the whole event was an excellent precursor to the National Finals in December.”        – Bob Kerr, Chairman of Tennis Shropshire

Register for the next event in the RMA Sport National Wheelchair Tennis Series by selecting the following link: