A record entry for any Tennis Foundation national wheelchair tennis tournament outside of the National Championships gathered at the Dan Maskell Tennis Centre on the University of Loughborough campus, where days earlier the Tennis Foundation and RMA Sport had announced a new partnership to boost grassroots partnership in wheelchair tennis with the launch of new affordable tennis wheelchair. 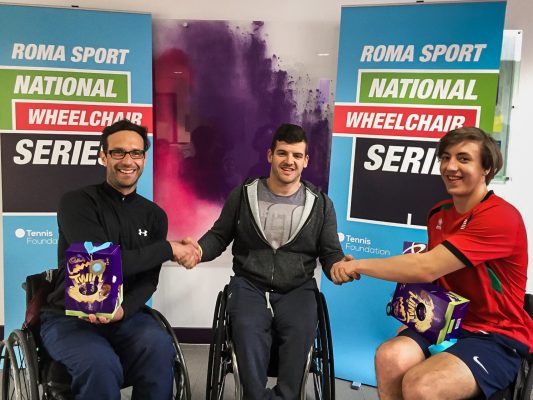 Mark Langeveld and Caroline MacDonald took the men’s and women’s singles titles as 42 players, including 16 in the junior singles, lined up for the first RMA SPORT National Wheelchair Tennis Series tournament of 2017 in Loughborough over the weekend.

Second seed Langeveld, winner of last year’s National Series event at London’s Lee Valley Hockey and Tennis Centre, worked his way through the bottom half of the men’s singles draw with relative ease, winning all of his matches in straight sets.

Philip Field joined the top three seeded players in the semi-finals after beating fourth seed Nick King 6-0, 6-0. Whereas Langeveld ended Field’s progress 6-2, 6-1, the other semi-final proved to be much closer as Ben Johnson-Rolfe defeated top seed Geoff Ellis 6-2, 3-6, (10-8). Johnson-Rolfe went on to take Langeveld to a deciding match tie-break, too, but Langeveld ultimately had the final ay to win 4-6, 6-2, (10-4).

Deena Webster secured the most notable of the first round win in the women’s singles, beating second seed Debbie Brazier 6-3, 3-6, (11-9). But Webster could go no further than the semi-finals as MacDonald moved through to the final 6-1, 6-2. Meanwhile, Helen Bond maintained her hopes of joining Langeveld in also following up on victory at Lee Valley last November. However, having reached the final in straight set, Bond lost out to MacDonald 6-2, 6-3.

Bond also reached the women’s doubles final, partnering Brazier. However, that title proved elusive, too, as Suzanne Edwards and Jessica Webb completed a 6-1, 2-6, (10-5) victory after yet another deciding match tie-break. 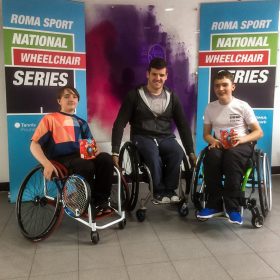 After winning her first two round-robin matches in straight sets, Tilman went on to defeat Smith 6-2, 6-1 and De Styrcea 7-5, 6-2 to win the Novice singles title. Tilman also added the Novice doubles title after teaming up with Tabitha Fung to secure a remarkable turnaround in their fortunes to beat Matt Hickling and Paul McDerby 1-6, 7-6(5), (11-9).

Lilly Folland won a marathon deciding match tie-break against Lewis Evans 15-13 as the junior singles got underway, while Abbie Breakwell beat Megan Bradley 4-0, 4-0 in the quarter-finals, in a rematch of last year’s National School Games girls’ singles final. Breakwell went on to reach the final after dropping just three games throughout her first three matches. With Alex Chaston making his way to the final in the bottom half of the draw after ending Folland’s progress in the quarter-finals, he was the only player to deny Breakwell and then went on to win the junior singles final 4-1, 4-0.

Chaston again got the better of Breakwell in the junior doubles when he partnered Lewis Evans to edge out Bradley and Breakwell 3-5, 4-2, (10-4) in the semi-finals. That set up an all-boys final, but this time Chaston and Evans were unable to complete victory as Joshua Johns and Dahnon Ward snatched a second set tie-break and then the deciding match tie-break to prevail 3-5, 5-4(5), (10-7).

3-time Paralympian David Phillipson visited the tournament to inspire the players and present the prizes. 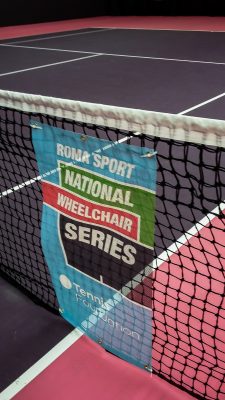 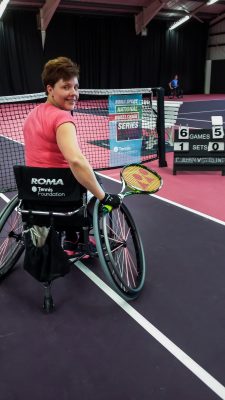 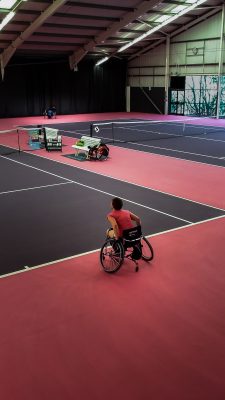 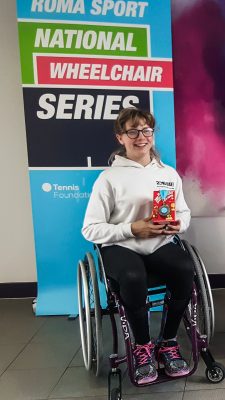 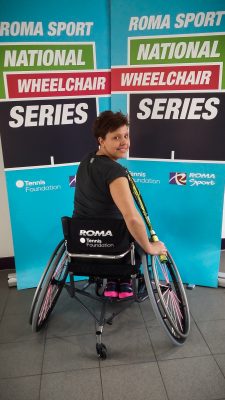